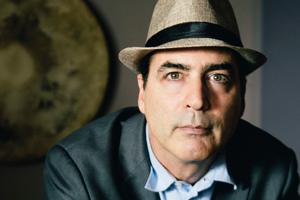 Los Angeles, CA – March 2013 … As a Grammy® Award winning record producer and audio engineer who has worked with many top flight artists including Lady Gaga, Pink, Beyoncé, Jason Mraz, Mariah Carey, the Black Eyed Peas, and Jennifer Lopez to name but a few, Tony Maserati is at the top of his game in the excruciatingly competitive market for recording mixers / engineers. When you operate at this level, you can choose any audio equipment you want. For this reason, it’s particularly noteworthy that in this digital era, Maserati has a fond preference for select pieces of analog equipment—much of it coming from Shell Rock, IA-based Chandler Limited.

Over the past eight years or so, Maserati has acquired quite an ensemble of Chandler hardware, including the company’s Curve Bender, Zener Limiter, TG1 Limiter, and Mini Rack Mixer. He had this to say about his discovery of Chandler’s products, “I first learned of Chandler Limited through engineer Vaughan Merrick, who introduced me to the Chandler LTD-1 EQ / Preamp. I liked the product a lot, which sparked my interest in additional gear from the company. So, from there, I started experimenting with the TG1 Limiter, followed by the Zener Limiter, and the Mini Mixer—all of which I use regularly.”

Maserati reports that the Chandler Limited Curve Bender is the product he uses most frequently. Issued in celebration of the 75th birthday of Abbey Road Studios, this processor is based on the vintage EMI TG12345 desk used to record The Beatles and Pink Floyd. “This processor is found on virtually every mix I do,” Maserati says. “I use it primarily for adding a bit of high frequency, but I also use it to adjust the midrange or low-end sound as well as some shelving EQ. For me, the Curve Bender is uniquely well suited to my method of working. I use a hybrid system revolving around Avid’s Pro Tools and its automation, yet I sum externally through the Mini Mixer—with the Curve Bender also being on my buss. This arrangement enables me to incorporate the best of both the digital and analog worlds as I mix.”

Chandler’s Mini Rack Mixer is the second most important part of Maserati’s hybrid setup. “The Mini Mixer is another key element in my external bussing setup,” he notes. “I use it on almost every mix I create. The amazing thing about the Mini Mixer is the fact that it has never generated any distortion whatsoever. This mixer has an amazing amount of headroom and the way it works with the high volume internal mix buss in Pro Tools is exceptional. It enables me to go back and forth between an internal mix and one that’s split out across the Mini Mixer without having to do any signal trimming, which is really quite rare. When I feel like my internal mixing buss is squeezing and thinning the overall sound, I go straight to the Mini Mixer.”

The Chandler Limited TG1 Limiter is yet another processor that gets high marks from Maserati. The TG1 is a recreation of the classic EMI TG12413 Limiter used in custom EMI and Abbey Road recording and mastering consoles from the late ’60s. “The TG1 works very well for a wide range of recording applications,” Maserati explained. “I use the limiter quite often on drum overheads as well as room mics on strings, and I’ll occasionally use it on piano. I’ve also used the TG1 for vocals. For the Jason Mraz album We Sing, We Dance, We Steal Things, I used it on Jason’s vocal. In addition to its ability to raise the overall program level so that I can fit a track into a real high energy mix, the TG1 has a great sonic character.”

Maserati was equally complimentary about Chandler Limited’s customer and technical support services. “They couldn’t be better to deal with,” he says. “It’s a small company, so it’s easy to get hold of someone. I once needed a replacement part for my Mini Mixer. I called tech support and they immediately overnighted a replacement module. I was able to easily swap out the old part and minimize my downtime, which is a big deal.”

Before turning his attention to the business of the day, Maserati offered these final comments, “I find that Chandler pays extremely close attention to the sonic quality of the vintage equipment our industry grew up with, yet they have taken that sound to a higher, completely modern level. At this point, I no longer have to rely on the vintage gear, which is frequently prone to intermittencies, noise, and other undesirable traits. Chandler is innovative in that they’ve given me products that have many of the vintage qualities—without the headache. Chandler’s products are a critical element of my sound. While I do have other sonic colors and choice available to me, Chandler is one of the few product lines that is dominant in every mix that I do.”

To learn more about Tony Maserati, visit his website at www.tonymaserati.com.