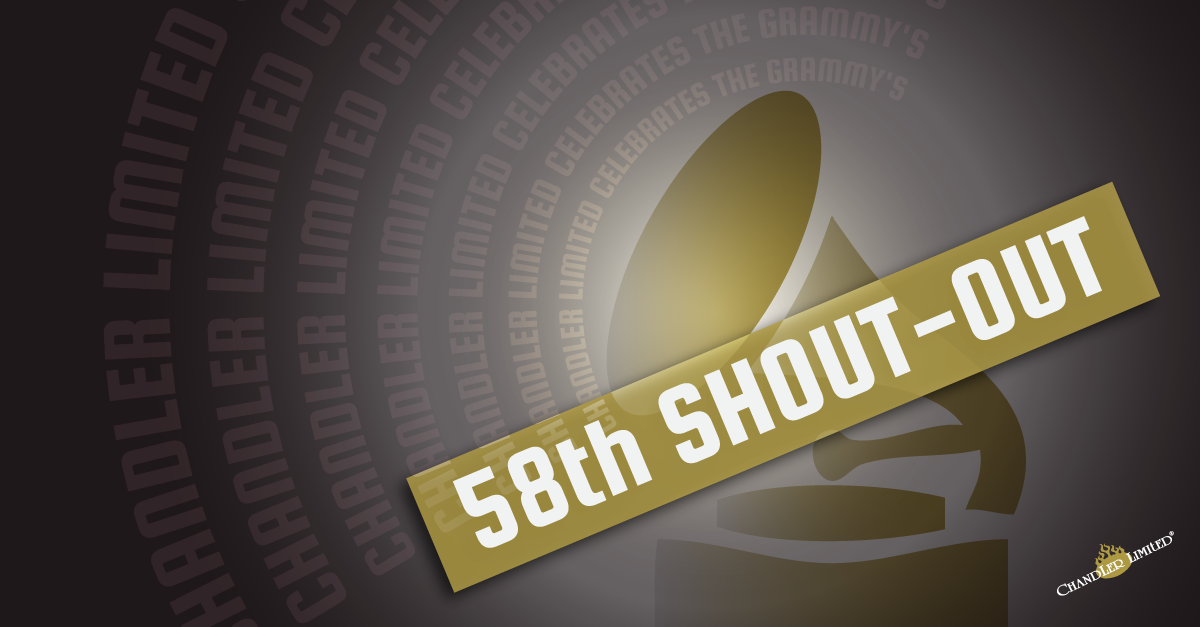 The Grammy Awards is the perfect time to celebrate the inspiration of our friends and music makers; it's also a great joy to see our users acknowledged for their tremendous efforts.

This is Chandler Limited's Grammy Awards shout-out to the audio artisans who have earned nominations and awards for their craft.

Producer, Engineer and Mixer Dave Cobb has been putting out wonderful records for many years, and we are thrilled to see him recognized for his incredible talent. Dave Cobb already earned top honors at this years CMAs for production with Chris Stapleton for Stapleton's "Traveller" album, mixed by the always awesome Vance Powell. "Traveller" is nominated for an Album Of The Year Grammy and has taken home the Grammy for Best Country Album.

Mr. Cobb was also nominated for the Producer of The Year, Non Classical Grammy Award.

Our bear in the lair... Producer, Engineer and Mixer Howard Willing mixed Glenn Campbell's "I'll Be Me" soundtrack which took home the Grammy Award for Best Compilation Soundtrack for Visual Media. Not to poke the bear... However, Howard's got quite the discography!

Ed Sheeran's "Thinking Out Loud" is up for Record Of The Year, and we salute Chandler user, Engineer and Mixer Mark "Spike" Stent's gem of a mix; very fine work sir!