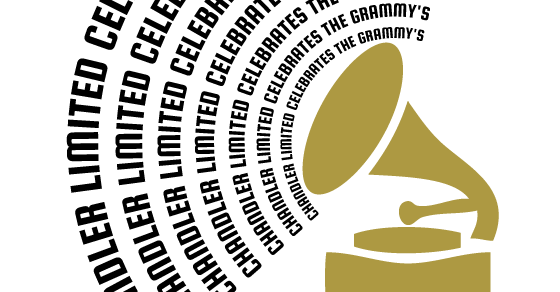 Every year we like to take time to acknowledge those incredible people in the music industry employing some of our equipment in their awe-inspiring creativity.

Robin Thicke's "Blurred Lines" (Featuring T.I. & Pharrell) was nominated for Record of The Year. Mixing engineer extraordinaire Tony Maserati mixed this mega-hit and used several pieces of Chandler Limited gear in the mix. Tony, you are the best! Robin Thicke was also nominated in other categories for "Blurred Lines".

Producer Engineer Dr. Luke has been nominated for Producer of The Year - Non Classical. Dr. Luke has been an avid user of the Chandler Limited TG2 Pre Amp/DI which he's used for Katy's vocals over the years. Speaking of Katy... Katy Perry has been nominated for Best Pop Solo Performance, and Song of The Year for "Roar" (Dr. Luke produced and engineered Roar).

Coldplay has been nominated for Best Written Song for Visual Media for the song "Atlas" from the movie The Hunger Games: Catching Fire. Coldplay has several pieces of Chandler Limited equipment.