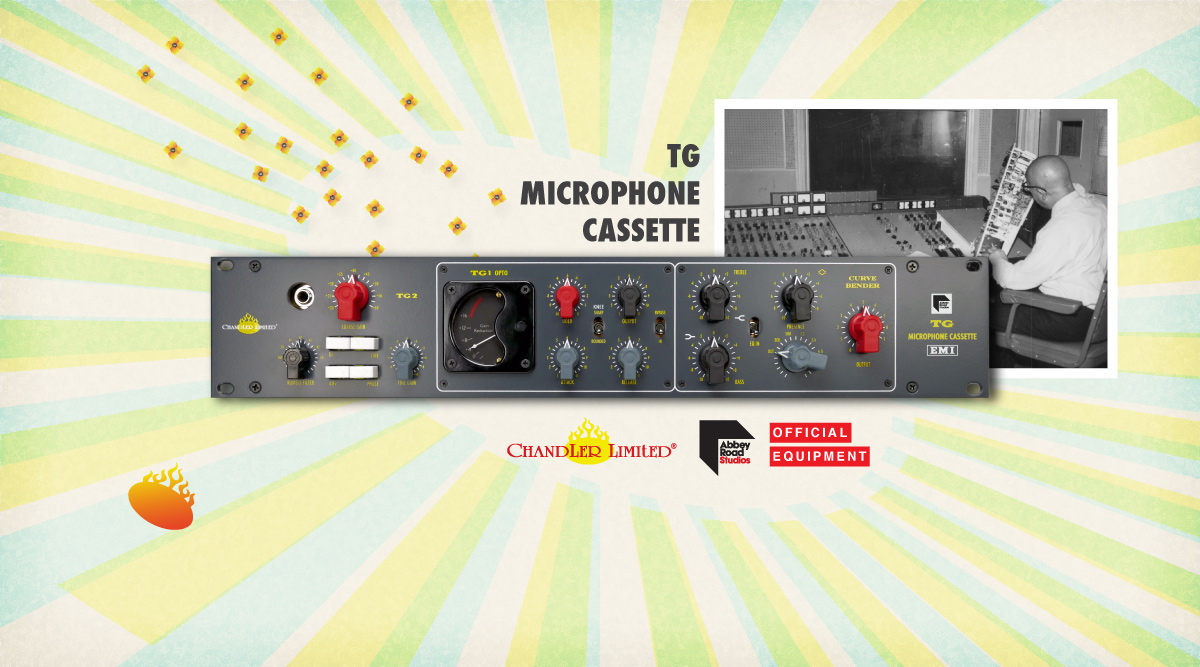 The year was 1968 when EMI and Abbey Road Studios saw a change from the valve-driven REDD recording and mixing consoles to the transistorized TG12345 desk, a seminal moment that marked a qualitative shift in sound coming from the most famous studio in the world.

The EMI TG12345 desk was introduced as the most advanced recording console of its time, featuring 12 dual channel input cassettes, with expanded EQ, and for the first time ever, a compressor/limiter on every channel. The remarkable sonic quality of the new transistor TG recording console and its components would forever leave their mark on the Beatles “Abbey Road” and Pink Floyd’s “Dark Side of the Moon” albums, as well as recordings by Paul McCartney, John Lennon, George Harrison, and the Rolling Stones.

The EMI TG12345 recording console would see multiple generations (Marks I-IV) before being retired from service at Abbey Road Studios in 1983. The TG desks were built exclusively by EMI for their studios and were never commercially available.

The three sections of the TG Microphone Cassette comprise a TG2 Pre Amp/DI coupled with a Curve Bender EQ section, including Treble, Bass, and Presence controls, and an independently patchable TG1 Opto Limiter.

The introduction of the TG Microphone Cassette as an all-in-one TG recording chain reimagined for the modern era and the emergence of TG1 Opto Limiter is a significant development for Chandler Limited and Abbey Road Studios.

Remarking on the development of the TG Microphone Cassette, Wade Goeke, Chandler Limited’s founder and chief designer had this to say: “A complete TG channel strip is something I’ve always wanted to do, and with the established popularity and success of our historic EMI TG series and many requests by our users, the time was ripe.” Wade continued: “When development of the cassette began some 18 months ago… we looked at the historic input modules, what we’d accomplished with our modern day counterparts and what it would take to rejoin the components as a single unit. Drawing on our experience with the historic circuits and reimaging them for the modern studio, we felt we could deliver while bringing something new to the table.” When asked to expand on what was new, Wade shared: “Oh, there’s something really special. It turns out EMI had experimented with optos in their compression circuits, and well… now we’ve introduced the TG1 Opto Limiter. I’m super excited about this and I’m sure our users will love it!”

Abbey Road Studios’ Head of Audio Products, Mirek Stiles, added- “It’s amazing to think that todays’ engineers, artists and producers can record directly into their DAW and get the same sonic qualities Abbey Road engineers did throughout the ‘60s and ‘70s. This is the first time a complete TG channel strip or ‘cassette’ has been made available, outside of those lucky enough to have access to the originals. The unique tones from the TG preamps, compressor/limiter and EQ are unlike no other, and when combined helped shape the sound of classics from The Beatles ‘Abbey Road’ to the John Williams score for ‘Raiders of the Lost Ark’. Abbey Road Studios is proud to be working with Chandler Limited in creating hardware units that keep these legends alive.”