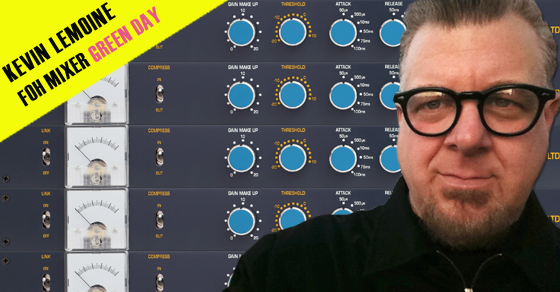 In the November issue of SOS’ [Sound On Sound] "A Day In The Life" segment, SOS caught up with Green Day’s FOH [Front of House] mixing engineer Kevin Lemoine during a major music festival in France.

While Kevin has mixed everyone from Filter to Sugar Ray, Buck Owens,  Flogging Molly, Jane's Addiction, Jimmy Smith, The Luna Chicks, Iggy Pop, Ice-T, and Body Count among others, he’s found a home as super-group Green Day’s FOH mixing engineer for the past 14 years.

Kevin loves analog, and Green Day does too! "Green Day are definitely an analogue band. All of their recordings have been done as such and that's what the fans are used to hearing” says Kevin. 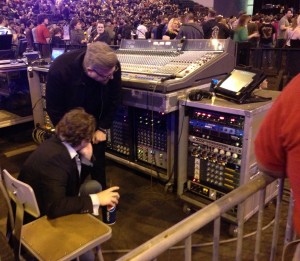 Kevin employs his stash of Chandler Limited LTD-2 compressors for vocals and guitars.

Kevin says , "That stuff is incredible. And I laugh almost daily about how buttery and awesome the Chandler LTD2s [hand-wired compressors] are on my backing vocals. It's just insane how good those things sound.”

We encourage you to read the full SOS article to learn more about Kevin, his gear, and his incredible gig!