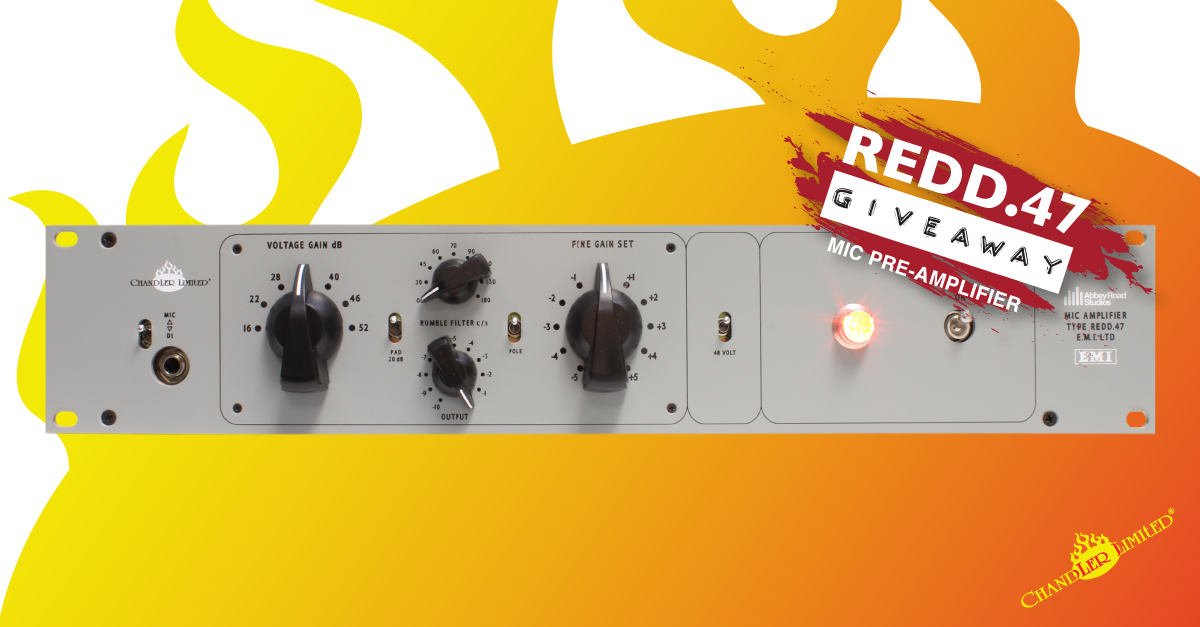 The REDD.47 was introduced as the plug-in all-purpose line amplifier component for EMI’s next generation REDD.51 mixing console, first built in 1959. The REDD.47 microphone pre-amplifier, considered a ‘holy grail’ to some, is most closely associated with the sound of The Beatles’ records recorded at Abbey Road Studios' Studio Two from 1964-1968.

Listen to clip of Chandler Limited's REDD.47 Pre-Amp in this video.

To commemorate the release of the REDD.47 Pre-Amp, Chandler Limited is giving away a single Chandler Limited REDD.47 microphone pre-amplifier to one very lucky winner. To enter the giveaway, complete all of the steps below. International entries are welcome!