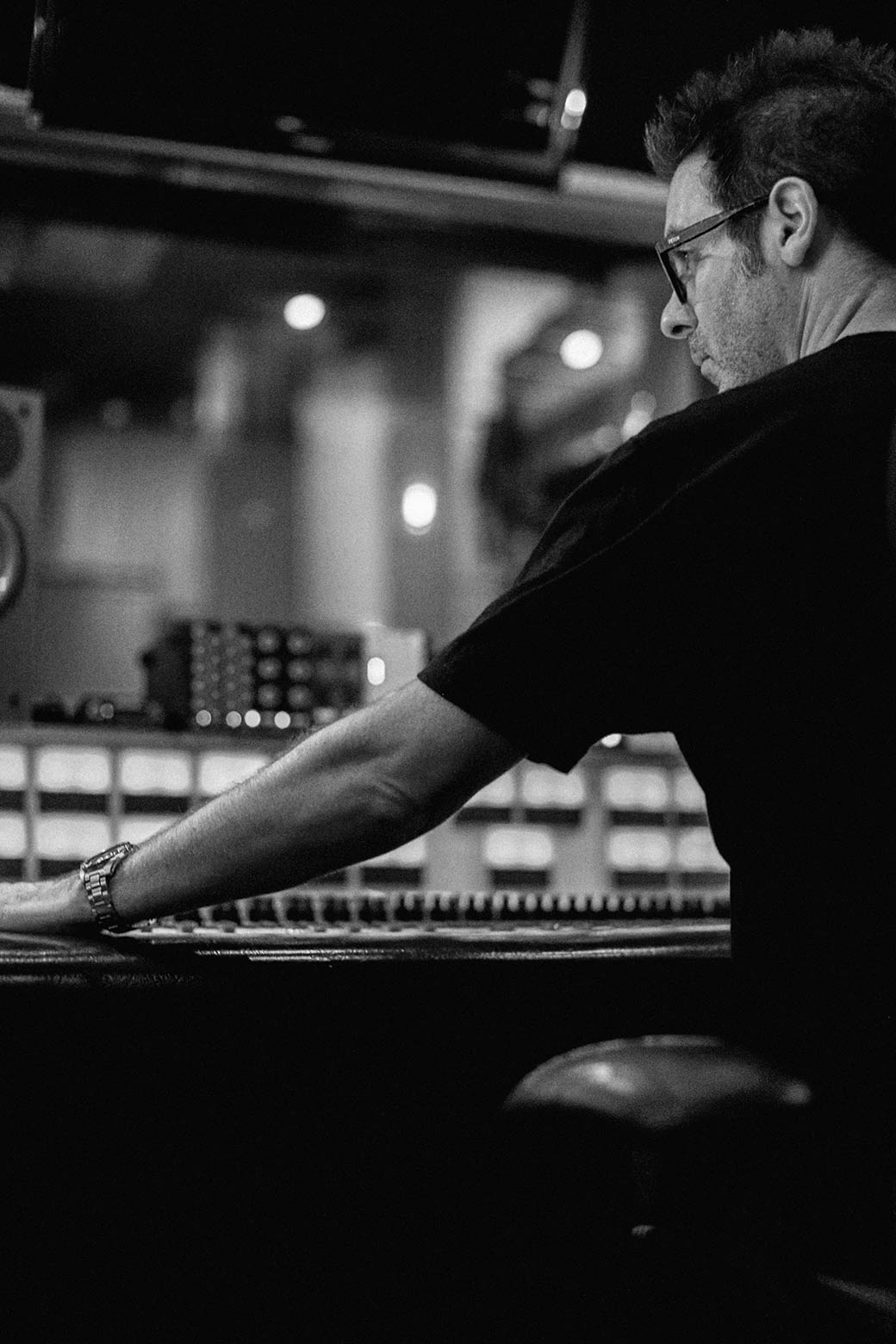 Ryan’s been a dedicated user of Chandler Limited gear for years and we’ve interviewed him regarding his latest recording adventure and how Chandler Limited equipment, most notably the now-patented “modern classic” REDD Microphone from our EMI / Abbey Road Studios series for Brett Eldredge’s larger than life lead vocals, and other tools were employed for the latest album.

As of the time of this interview, three of the singles from Brett’s new album have been released, including— “Gabrielle,” “Crowd My Mind,” and “Where The Heart Is;” the full album “Sunday Drive” is will be available July 2020.

CL: Have you worked with Brett Eldredge before?

RH: This was my first time working with him; met him on the first day of tracking.

CL: How did you land the gig for Brett’s new album?

RH:  Producer - songwriter - multi-instrumentalist Daniel Tashian had asked me to mix some demos earlier in 2019. This was actually our first time working together, and these “demos” were more like master recordings.  Turned out the demos were for Little Big Town and Brett Eldredge. I wound up mixing most of LBT’s record “Nightfall", and then tracked and mixed Brett’s “Sunday Drive" based on the sound of those demo mixes. In fact, the Little Big Town tracks were used on the record with the addition of band vocals and a little more instrumentation.

CL: You’re a producer, recording and mix engineer, what was your role on this album?

RH: I engineered and mixed the record, and as always, my production brain was on high alert, and I would give input where it felt appropriate and welcome.

CL: Where was the album recorded?

RH: We recorded the album at a rad studio in Chicago called Shirk Studios.  It’s a funky place in this old building, and Stephen Shirk runs a tight ship.  We become close friends over the course of the 2 weeks that we were there.  The acoustics reminded me of Cello Studio 2 where I came up in LA.

CL: Did you go into the session with an idea sonically of what direction the album would take, and what gear you were going to employ to achieve that vision?

RH: Producers Daniel Tashian and Ian Fitchuk wanted to go super-organic for this record.  It was to be a fairly stripped back, honest sounding record to convey the emotion of the very personal songs that Brett wanted to include. To that end, I intended to employ as much character-producing gear as possible.  The vintage Sphere console was beautiful sounding, and of course, I had to bring a bunch of my own stuff to get the sounds that I had in my head.

CL: What Chandler gear did you bring with you for the session?

CL: That’s a lot of Chandler / EMI Abbey Road gear! What is it you like about the TG2-500 preamps?

RH: I used the TG2-500 preamps on snare drum; the ‘Fine Gain’ control is like a tone control, and really allows you to color the sound darker or brighter.

RH: I used the TG12345 MKIV 500 EQs for tracking piano, and what I love is that they are basically a mini version of the Curve Bender; presence and low shelf, what more do you need? Plus, they’re beautifully smooth.

CL: Where did you use the REDD Mic and why and what was the chain?

RH: We used the REDD Microphone on all of Brett’s lead vocals, which I fed line-in to my Tree Audio Branch II channel strip. The REDD Mic captured his edge and character in a beautiful, organic way; the mic has plenty of headroom to handle his booming voice as well. Brett sang the vast majority of his vocals with the band on the tracking floor, and we’d occasionally punch in a line here and there.  He’s a phenomenally talented singer, and the emotion we captured while singing with the band was just incredible, and I think these songs will reach the listener in a truly unique way.

I also used 3 REDD mics and a TG mic on the string session and they just sound glorious. 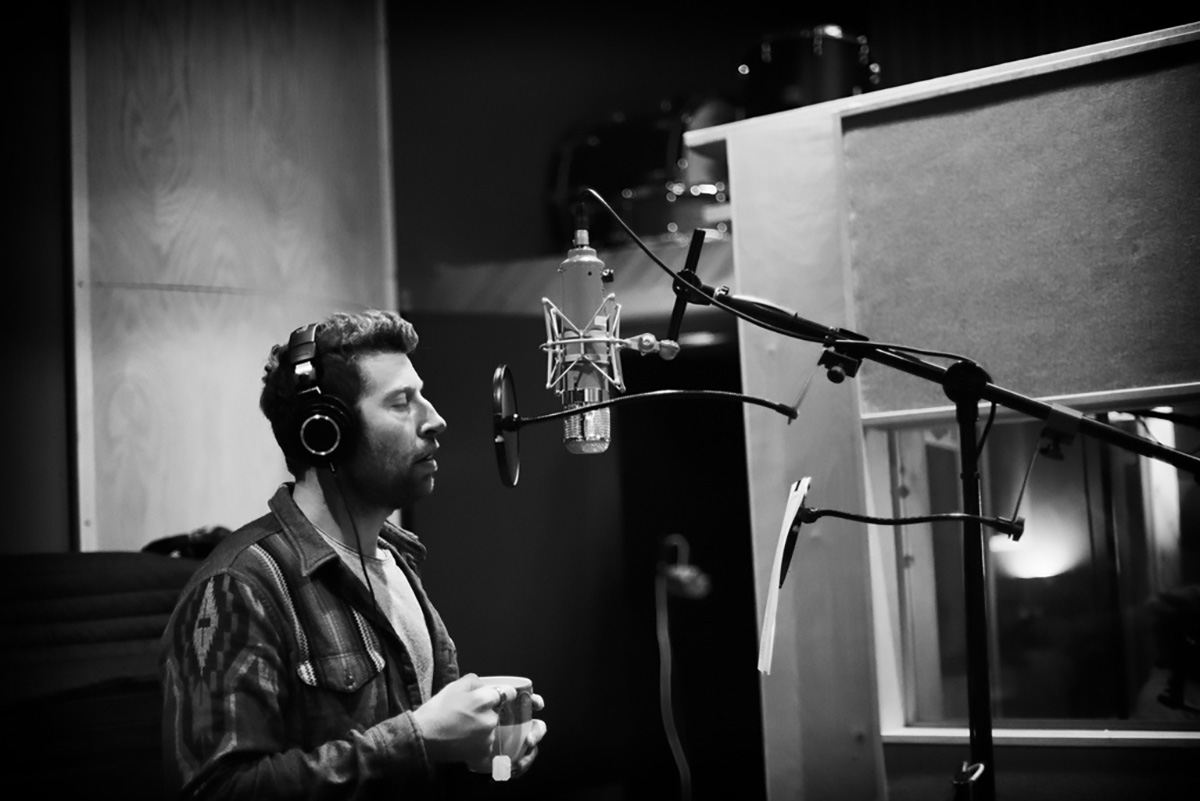 CL: Did you do a mic shootout before choosing the REDD Microphone?

RH: We did a shootout with an M49 and a U67, and the REDD Microphone just sounded more like Brett coming out of the speakers.

CL: Brett’s got a great quality to his voice, I'm sure he’s seen a lot of great mics, what was his usual go-to for vocals?

CL: What do you think Brett’s impression of the REDD Microphone was?

RH: The REDD Microphone was the unanimous choice in the room; you could hear that a guy who is 6’5” was singing. The REDD Mic conveyed the size of his voice more clearly than the other mics, and he felt great about singing into it and how it sounded in the headphones.

CL: You also used the TG Microphone on the session, what was the source, what was the reasoning for using it there and chain/setup?

RH: The TG Microphone has become one of my favorites for bass guitar, so it stayed on the B-15 amp the whole session.  I’ve also had success using it on kick drum, mono overhead, acoustic guitar and upright bass.

CL: When it came time to mix, what other Chandler /  EMI Abbey Road did you use, and where?

RH: In the mix I used my RS124s on a variety of acoustic instruments like acoustic guitar and mandolin, my TG-1 on room mics a few times, and the Curve Bender on the stereo bus.

CL: What is it you like about the RS124 Compressor?

RH: The thing about the RS124 compressors is, you can compress things easily and make them stick in the mix and they really tame the overall dynamics of things in an elegant way. The cool thing is you can make the compression audible and nasty or smooth and transparent; I’m pretty much always using “super-fuse” mode, as I like the way it attacks things.