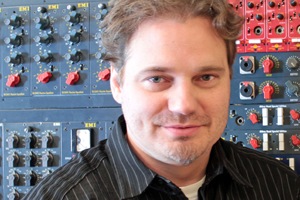 Shell Rock, IA – July 2013 … Chandler Limited, recognized globally for signal processing and related music and audio products that deliver the classic analog warmth recording and performing professional musicians seek, is pleased to announce a milestone in the company’s history: the 10th anniversary of the TG2 Pre Amp/DI. A recreation of the rare EMI TG12428 pre amp used in EMI recording and mastering consoles, developed for use in London’s legendary Abbey Road Studios in the late 60s and early 70s, the Chandler TG2 Pre Amp/DI has become one of the company’s bestselling products and is routinely used by leading artists and recording engineers worldwide.

The Chandler TG2 preamp offers a creamy, smooth tone with a surprisingly open, clear top end. The sound, as described by many users of the product, has the ‘warmth’ and punch of a classic Neve, but with a top end that takes the sound to the next level. Many recording professionals have commented on the TG2’s small rise in its top end frequency response and the warmth-inducing distortion that contributes to its sound. Ultimately, it’s a sound that has helped define Chandler Limited as one of the premier companies of its kind in professional audio.

Over the years, Chandler Limited’s TG2 Pre Amp/DI has found its way into the recordings of many notable artists, including Paul Simon and Katy Perry, as well as the bands Green Day, Garbage, and Kings of Leon. Wade Goeke, owner of Chandler Limited and the chief product designer, has redesigned the original EMI equipment used at Abbey Road Studios and made improvements to allow for modern day use. As a result of Wade’s efforts, the legendary sound of the original equipment lives on as part of the Chandler Limited arsenal of Abbey Road recreations.

“I’m extremely proud of the TG2,” states Goeke. “The analog warmth that products such as the TG2 bring to today’s digital recording process is a perfect example of how the classic sounds of the past remain both valid and highly desirable today. Over the years, the TG2 has garnered praise from many of the top artists and engineers in the music industry—including engineers at Abbey Road Studios— and it has been a consistent seller for us. The TG2 has, without question, been a defining product for Chandler Limited.”